Arizona debtors who file for bankruptcy under either Chapter 13 or Chapter 7 do so with the aim to get their debts discharged. The majority of consumer debt, including medical bills and credit card debt, is dischargeable. When the bankruptcy court issues a discharge of debts in a bankruptcy case, it means that the debtor can no longer be held liable for them. Take note, however, that, for public policy reasons, Congress determined that the bankruptcy process cannot have certain debts wiped out.

There are 19 categories of non-dischargeable debt. Those with obligations under any of these 19 that they were unable to pay wouldn’t be spared from debt collection efforts from their respective creditors despite a bankruptcy discharge. Some non-dischargeable debts aren’t subject to a hearing, but others may actually be discharged if the creditors do nothing to challenge the filer’s intent to discharge them.

There are non-dischargeable debts that have to be addressed in court during bankruptcy proceedings so that they wouldn’t be discharged. The debtor and the creditor will each be allowed to present their argument. If the creditor doesn’t challenge it or convince the bankruptcy judge to disallow it, the discharge will push through. This is the case for the following debts: 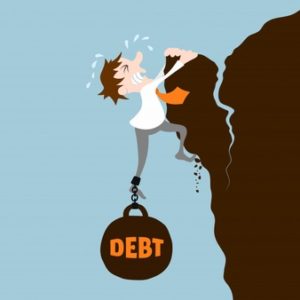 The following non-dischargeable debts may be discharged if the filer can prove extraordinary circumstances:

In some Chapter 7 (liquidation) bankruptcy cases, the bankruptcy courts may deny a discharge if the filers’ failed to comply with the rules and requirements. For example, lying under oath, destroying records, failing to account for lost assets, or hiding property for the purpose of defrauding creditors will cause discharge to be denied even if the debts involved are considered dischargeable.

An objection of a discharge may also come from the bankruptcy trustee, the US trustee, and, of course, the creditors, but, at the end of the day, discharge is denied or approved based on the bankruptcy court’s decision.

Discharge denial may also occur in cases where debtors repeatedly file bankruptcy with very little time in between filings. Rules are in place for those who are again filing for bankruptcy after a prior filing. For example, with repeat Chapter 7 filings, there’s no discharge in the second petition if it hasn’t been eight years since the first case’s filing date. With successive Chapter 13 (reorganization) filings, there’s no discharge for the second case if it is filed within two years of the filing of the first case.

If you need debt relief from overwhelming financial problems, declaring bankruptcy is probably the right solution for your situation. In this case, your first step should be to speak with a bankruptcy attorney.

To dispel your financial distress, a petition for bankruptcy may be the correct measure to get you out of debt. You can get guidance and advice on this by calling us at Phoenix Fresh Start Bankruptcy Attorneys to talk to one of our experienced Arizona bankruptcy lawyers.