If you’re under financial distress and considering taking advantage of bankruptcy protection and the automatic stay that takes effect upon filing a bankruptcy petition, it behooves you to know what you’re truly getting into. There are different types of bankruptcy, but for personal bankruptcy, it mainly boils down to two choices: liquidation or reorganization. If you prefer the debt settlement option that allows you to hold on to your assets as much as possible, debt reorganization under Chapter 13 is likely the better choice for you.

A creditor may object to actions proposed by the debtor, the trustee, or even the judge. In a bankruptcy, disputes may arise over matters such as the debtor’s payment proposal, the expenses the debtor claims to have, the right to discharge certain debts, and the bankruptcy exemptions being claimed. In some instances, the creditor might be against the trustee’s choice not to liquidate a particular asset of the debtor, which would have helped pay for the filer’s debts. 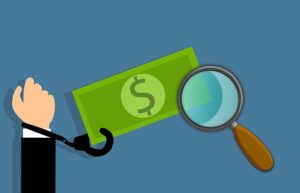 Meanwhile, the trustee might object to the proposed plan to pay back debts if they believe it inadequate under bankruptcy laws or if they fear that the bankrupt debtor’s monthly income isn’t sufficient to keep up with the regular debt payments.

There are instances wherein a creditor or the trustee is generally against the debtor’s discharge, in which case the opposing party must file an adversary proceeding. This must be done within 60 days of the first meeting of the creditors’ scheduled date. Such an objection is quite rare. It involves backing the proceeding with proof that the debtor exhibited egregious wrongful conduct, such as committing fraud or perjury, destroying property, or being involved in other criminal or quasi-criminal deeds.

More commonly, a creditor might try to prevent a certain debt from being discharged. This could stem from intentional wrongdoing or serious misconduct, like fraud or a theft crime. However, such an objection could also be caused by something less serious, such as the omission of the debt from the bankruptcy documents. If the objection is sustained, only this particular debt will not be dischargeable after the successful completion of the bankruptcy process and the payment plan.

At the confirmation hearing, all parties will be able to explain and defend their position. Debtors could be spared from attending the hearing if they are represented by their bankruptcy lawyers, but in some instances, the judges may insist on attendance so they may directly question the parties involved. There are also instances when the judge schedules a hearing even without objections to the case, usually when they have their own concerns about the filer’s ability to carry out the proposed plan.

Oftentimes, a judge doesn’t issue a final determination at the first confirmation hearing, allowing the different parties to come to a resolution of the dispute on their own. If the debtor, creditors, and trustee fail to agree, then the judge of the case will make a decision based on the evidence presented by all sides.

If you intend to file for bankruptcy and prefer to do it under the reorganization bankruptcy chapter of the bankruptcy code, it really serves you well to be counseled and represented by a bankruptcy lawyer. You can be assured of legal assistance from the time before filing as you fill out bankruptcy forms and prepare the necessary documents through the rest of bankruptcy proceedings, including the creation of your repayment plan and confirmation hearing all the way to your bankruptcy discharge and even after bankruptcy.

If your financial problems are pushing you to seek a fitting debt relief solution, declaring bankruptcy may be the answer. For legal help in filing for bankruptcy and any other matter involving bankruptcy law, call us at Phoenix Fresh Start Bankruptcy Attorneys.