It is more common for the debtor to file for bankruptcy himself or herself, but there are provisions in the bankruptcy law that allows creditors to file a bankruptcy petition for their debtors instead. Such an act is called involuntary bankruptcy. 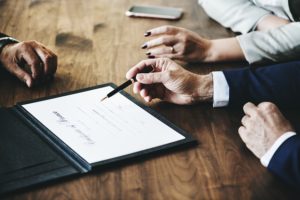 Filing an involuntary petition for bankruptcy is more typically done on behalf of businesses unless an individual debtor is known to be wealthy. Involuntary bankruptcy filings only make sense when creditors are aware that the debtors have sufficient assets that can be liquidated to pay back debts.

Understandably, it’s counter intuitive to file bankruptcy for a debtor who is truly in financial distress and has no significant assets for liquidation that can be used to make debt payments. Doing so would just trigger bankruptcy protection that includes an automatic stay. This would just end up stopping creditors from pursuing further debt collection efforts.

When a creditor files involuntary bankruptcy, the debtor has the option to contest it. In this case, both have to appear before a bankruptcy judge and present their cases. This will result in the bankruptcy case is either dismissed or sustained. In the case of dismissal, the debtor may receive compensation for his or her trouble from the creditor. When kept intact, opposed bankruptcy cases simply proceed in the usual bankruptcy process.

If the filing isn’t opposed, it will just follow the usual bankruptcy proceedings as though it has been filed by the debtor.

Bankruptcy laws do limit who may file involuntary bankruptcy for a debtor. For example, in cases where there are 12 or more unsecured creditors after one debtor, at least three of them have to co-file the involuntary bankruptcy, and the amount owed them must collectively reach the threshold for unsecured debt. Just one creditor isn’t normally allowed to file bankruptcy on behalf of a debtor unless the single debt owed reaches the threshold amount or if there are 11 or fewer unsecured creditors after the debtor.

Still in relation to restrictions, take note that creditors are not allowed to file involuntary bankruptcy for farmers and some organizations, including insurers, banks, credit unions, and nonprofits.

Legal Assistance from a Bankruptcy Lawyer

If your financial problems are serious enough for you to go bankrupt, get legal advice from a bankruptcy attorney as soon as possible on what viable steps to take to get debt relief. There are legal solutions for debt management, debt settlement, or any other financial management concerns you may have. Bankruptcy may be the answer, but it’s important to have your case reviewed first. It’s just as important to talk to a lawyer if another party is forcing you to go into bankruptcy. For legal aid on matters involving bankruptcy, call us at Phoenix Fresh Start Bankruptcy Attorneys for a free legal consultation.